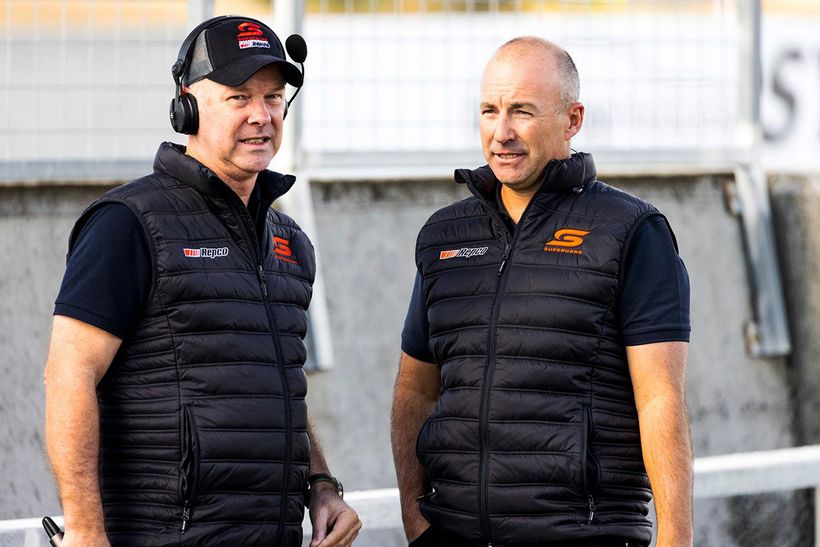 Mark Larkham (left) with Marcos Ambrose
Marcos Ambroses cameo appearance on the Supercars broadcast team at Symmons Plains could be just the start of a new chapter for the 44-year-old.
Ambrose last week got the late call-up to be part of the television team and duly starred in a role that included desk analysis with hosts Neil Crompton and Mark Skaife, plus a commentated lap aboard Will Davisons #17 Shell V-Power Racing Team Mustang.
The opportunity arose due to doubts around Chad Neylons availability… 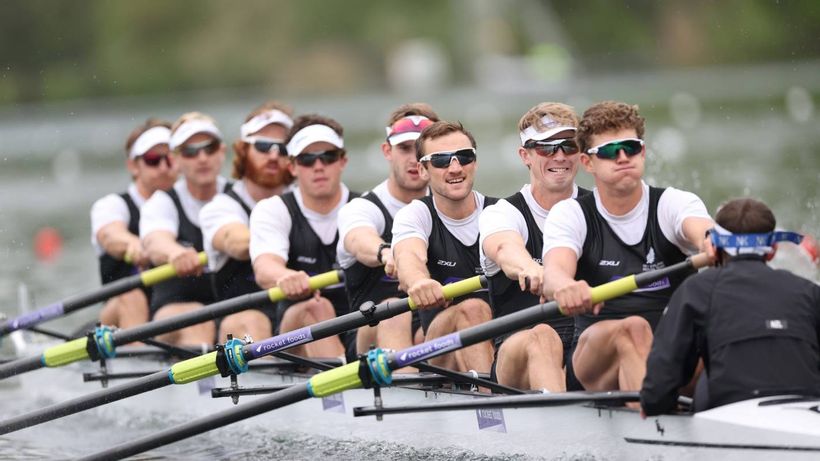 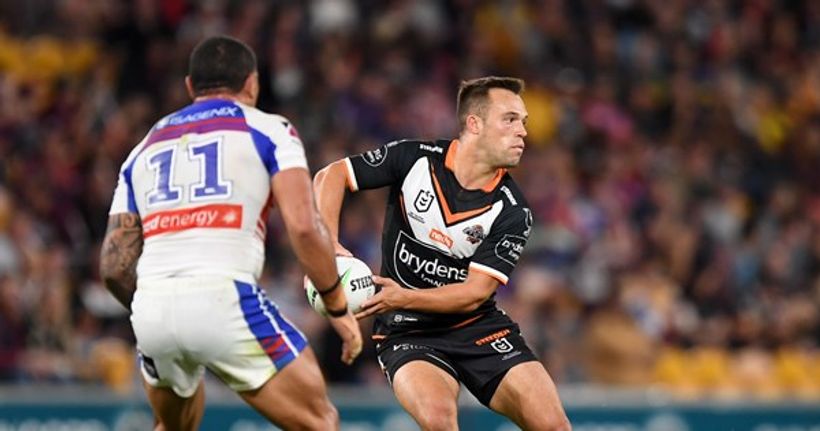 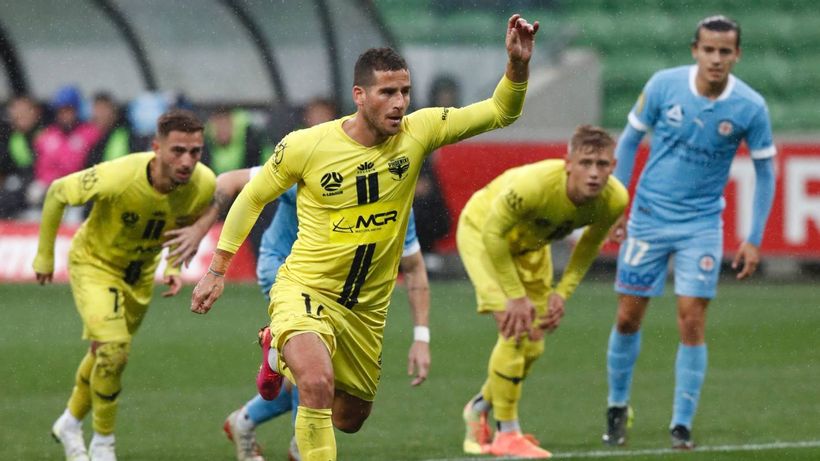