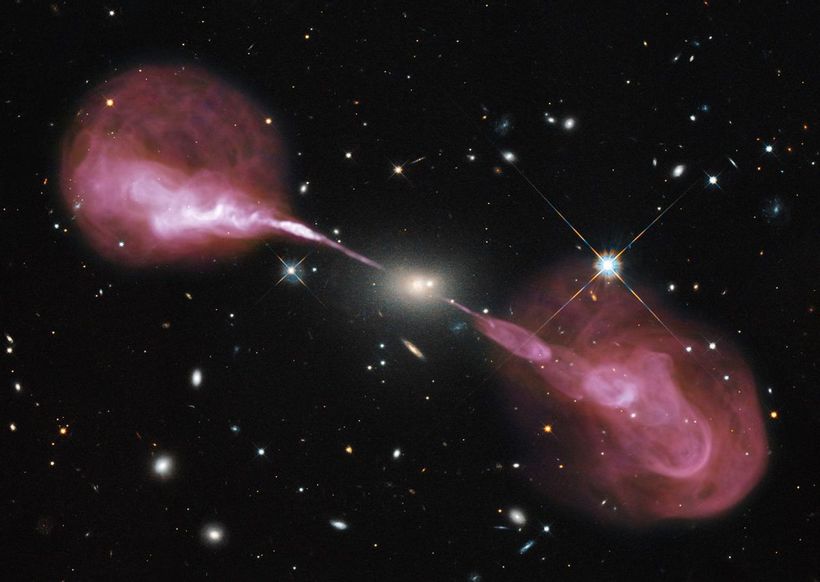 The focus of this new image share from NASA a photo captured by the Hubble Space Telescope in 2012 is Hercules A.
The distant galaxy, also known as 3C 348, is the bright spot right in the middle of the below image. Those long, gorgeous trails of red are plasma jets that span roughly 1.5 million light-years of distance. It’s because of the massive black hole that sits at the center of 3C 348.
Image: NASA and the Space Telescope Science Institute (STScI)
It’s an elliptical galaxy that’s roughly 1,000… 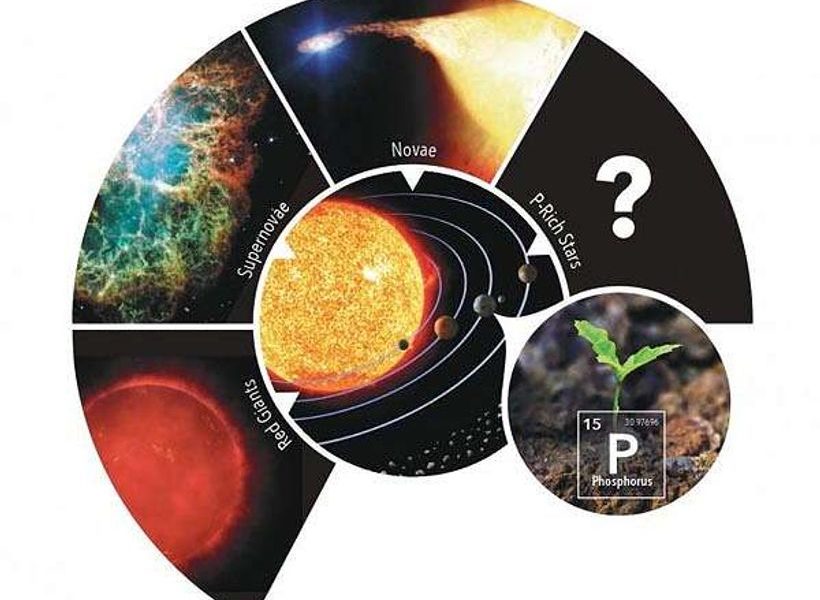